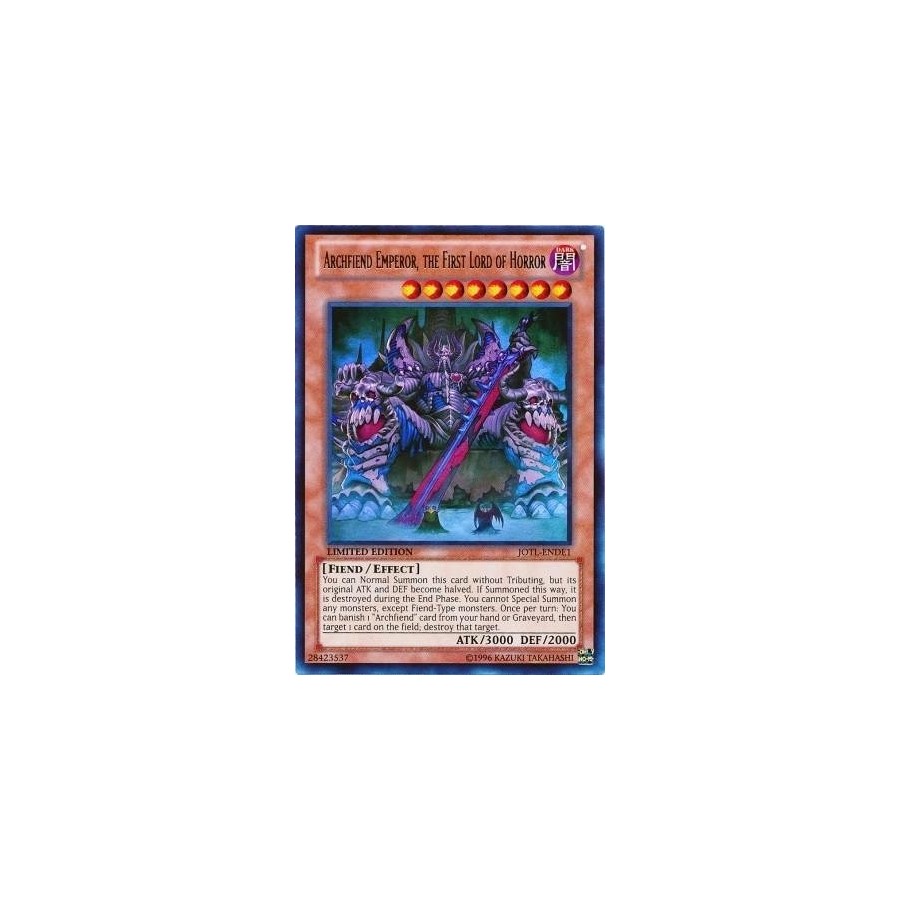 Yu-Gi-Oh! is a strategic trading card game in which two players Duel each other using a variety of Monster, Spell, and Trap Cards to defeat their opponent's monsters and be the first to drop the other's Life Points to 0.


Card Text: You can Normal Summon this card without Tributing, but its original ATK and DEF become halved. If Summoned this way, it is destroyed during the End Phase. You cannot Special Summon any monsters, except Fiend-Type monsters. Once per turn: You can banish 1 "Archfiend" card from your hand or Graveyard, then target 1 card on the field; destroy that target.